I have this condition.  It is the writing and delivering of notes to girls.  That might seem benign, but I have found that the combination of certain words and the abrupt passing of them conjures some force, rarely varying in terms of magnitude, but almost always appearing quite different (in respects to our described values/our subjective descriptions of “good,” “bad,” and the infinite variables between and surrounding which give depth, clarity, or confusion to the simple volume with which they occur).

“The abrupt passing” (delivery)- what makes this particularly so, as much as I would imagine that each letter is crafted- inspired by some bit of the girl’s influence, energy at least, it is in truth overwhelmingly born of the Madman’s Mind in a festering incubator (a think tank) ((an ivory tower)) paralleling for some apparent time to a presumed reality; then the two depart suddenly- one full of the “as if to burst” the other bound to another course and when the bridge is made, some drift of space/time with reason in the to some unrecognized parallel, the pace is so off that it is something more of a collision than a plucking away to Neverland. 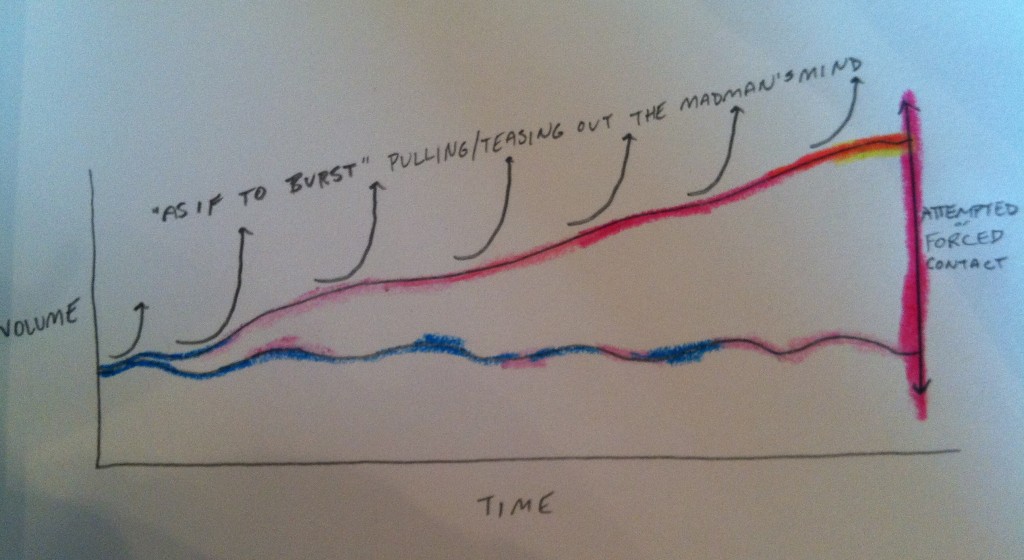